A tale of an amazing wine and the people behind it

Prosecco DOC is now a successful wine, pride, and flagship of Italian wine production, thanks to the recent classification of the Prosecco Hills as a Unesco World Heritage Site. Indeed, thanks to Prosecco, the Italian Sparkling wine overtook Champagne for the first time in 2014: sales increased by 75 percent in the United Kingdom alone, and by 30 percent in the United States.

Prosecco is a well-deserved success because it is an easy-to-drink wine with a great quality-to-price ratio that is served as an aperitif as well as at the dinner table. But it wasn’t always this way: in order to reach this fantastic achievement, the Italians had to climb a steep hill, thanks to which they were able to “rescue” and protect their wine. 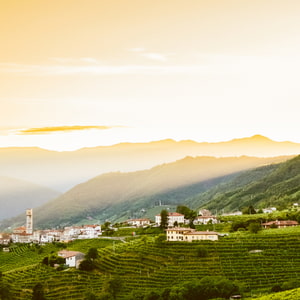 Originally, “Prosecco” was the name of a vine that had been officially registered in the varietal record, and anyone, from any country, may use the name.

The superiority of two Italian designations, Prosecco di Conegliano Valdobbiadene, designated in 1969, and Montelli and Colli Asolani Prosecco, recognized in 1977, had made Prosecco an appealing name.

Following the defeat on Tocai (a denomination ultimately assigned to Hungary), some producers began to question how to save this wine, and after collecting ideas, they submitted an official request to form a DOC corresponding to the geographical term Prosecco, which is a town just outside of Trieste.

As a result, the name “Prosecco” was given to the vines of the geographical area in issue, and the vine was given the name “Glera.” 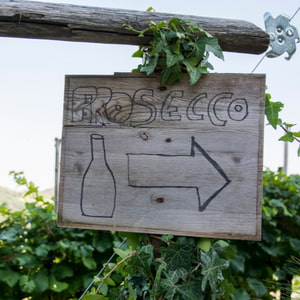 Is an ancient, semi-aromatic grape with golden berries that was utilized to make this wine. Prosecco must include 85 percent Glera and the remaining white grape varietals Verdiso, Bianchetta Trevigiana, Glera Lunga, and Perera.

Let’s take a look at the sensory characteristics:
The color is straw yellow, ranging from pale straw to full; on the nose, it has a light fruity perfume with a floral scent comparable to rose, acacia, and wisteria, as well as a small citrus note; on the palate, it has a light fruity aroma with a sugary aftertaste tempered by a slight acidity.

The brut has a residual sugar content of less than 12 grams per liter. It’s a sophisticated wine with a pale straw color and a dry, firm flavor. Suitable for consumption at any time during a meal. 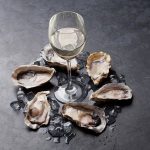 It’s the most traditional, with 12 to 17 grams of residual sugar per liter. The perlage is thin and persistent, and the hue is delicate straw yellow. As a result, a wine with a milder flavor, but not to the point where it may be served with desserts.

With a sweet taste and a residual sugar content of 17 to 32 g/l. It’s a wine with a sweet, fruity flavor that’s distinguished by a beautiful straw yellow hue and fine, persistent perlage. With grapes from Cartizze, outstanding results can be reached in the Dry form.

How to pair it with food

A light, adaptable wine that works well for a variety of occasions. Prosecco Brut is particularly well-suited to first courses, such as shellfish, appetizers or snacks, cheeses, and vegetables. Prosecco Extra Dry pairs well with aperitifs, bean soups, and seafood dishes. However, spaghetti with structured sauces, fresh cheeses, fruit, and dry pastries can also be served. Hot or spicy dishes, unlike the preceding ones, go well with Prosecco Dry.