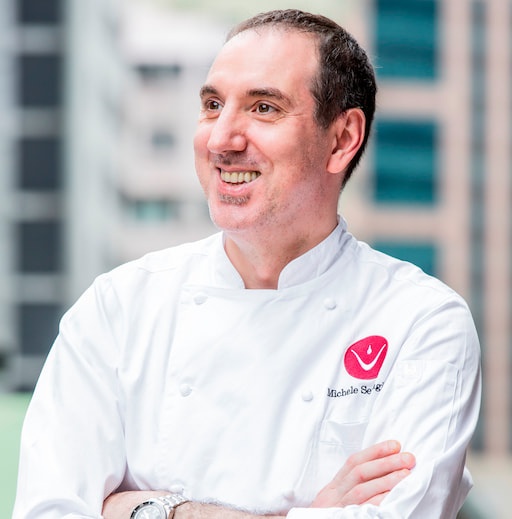 Chef Michele Senigaglia took up an apprenticeship in his native Venice at one of the city’s most prestigious restaurants, Haig’s Grill before starting his career in 3 forks Michelin restaurant “Marco Polo” in Mestre, Venice.

Currently he is the Corporate Chef and one of the founders of DiVino Group. Chef Michele’s responsibilities in the Group include total menu creation, implementation of seasonal promotions, and ensuring the maximum quality of cuisine for the customers.

Prior to opening DiVino, Michele was the Executive Sous Chef in the Harbour Plaza Hong Kong, overseeing the development of the hotel’s outlets menus, purchasing and staff training, as well as the Executive Chef of Milano Restaurant Hong Kong.